Old Mac mini what to do? 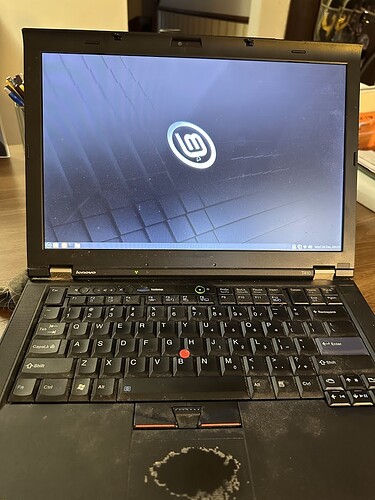 Hah! Just did Mint Cinnamon onto an Acer A4 desktop. Yes, I like Mint too, I think it’s the best one for new Linux users.

Ran the old mini today… it is too slow for my liking, but compared to the two computers I got called out on today… not at all.
One of them was an iMac. Did you know you need to install Chrome to surf the web on a Mac? His friends told him so. And that wasn’t how Chrome worked notifications by default - it must be a virus.
And I’m gonna give my Doctor shit. Fixing his old Toshiba laptop! FFS he could go to PG and buy a new RangeRover to carry a new laptop home in without breaking a sweat,

So I’m glad that I resisted the urge to grab a Mac Mini @ Costco at Christmas, the M2s are now out at a lower price.
However, word is to get the 512GB model as the 256MB ones are slower… for $250 more…

So a big Q about the M2 Mac mini - a lot of negativism regarding them switching to a single 256 drive vs 2 128s, how slow the single drive is in comparison. I mean, a lot of ppl are trashing the M2 model just because of this.
But just watched a vid comparing the base mini against the Macbook Pro M1 Ultra w 64GB & a 2TB drive, and obviously it wasn’t as fast but it wasn’t that much slower either.
Just saw a refurbished M1 mini on Apple.ca for $839, an AWFUL price compared to a new M2 for $779 at Costco. To get one with 512 and avoid the single drive issue, it’s $1049 and even more waiting.

The smaller 256GB SSD is literally half the speed of the others, as it only has one channel to the bus. While the 512GB (and others) use 2 channels.

So literally half the speed.

Most casual users won’t even notice. Unless you’re doing something that’s constantly reading and writing to the disk. Everything else is the same speed.

It was the same on one of the MacBoon Airs last year too.

I was wondering if that’s even noticeable in everyday use. Like not going back to the crawling of a spinner drive, minute long waits after clicking an icon for the programs to start etc.
The onboard SSD must be quicker than SATA SSD, right? That’s what I can’t seem to find out. Is it faster than SATA, than NVME or is it a real step back?
I’m gonna end up going for the 512, but I don’t need it at all. All my machines have a 256 SSD and only programs I use daily are on the C: drives. The old mini had a 240 SSD and that wasn’t even half full after 4 or 5 years since I upgraded it.
(I just flogged it for $125, that covers half the upgrade price on a new one)

It definitely won’t crawl, and like I said, most people won’t even notice. It’s still an SSD, so it will be the same speed as an equivalent SSD. What makes the others twice as fast is that they technically have 2 SSDs acting in parallel (like a 2-drive RAID).

I use an SSD inside a USB 3.1 enclosure for editing video (which is really disk intensive). I don’t notice a speed decrease in my workflow. Mostly because this stuff is in the background and if it takes a slightly longer time, it doesn’t really bother me.

I’m still using my intel iMac – haven’t upgraded, and don’t plan on upgrading for a while yet. It’s one of the last 27" models they made. I’m sad they haven’t replace it with a newer bigger iMac. I guess I’ll move to a Mini with a larger screen eventually.

For laptops, I use a 12-core i7 MacBook Pro, which is one of their last ones as well. I have that running two big screens. So no rush to replace that with Apple Silicon yet. Maybe a few more years.