Old Mac mini what to do?

I have the wife’s old Mac Mini - mid 2010. 2.4GHz Core2duo updated to 4GB and a 256SSD running El Capitan.
I’d like to flog it and put the $$ towards an M1 Mini but I don’t know what to put on it… I did a couple older Macs with that Catalina hack but support for that one ends next month.

If I was keeping it I’d put a Linux distro on it but Linux scares the living shit out of Joe Buyer.
The damn thing’ still more capable than 75% of the Windows computers they bring me to repair… WIndows 10 maybe?

Yeah, Windows 10, 32-bit version would be fine. Dunno if it would work on a 64-bit version, depends on the type of CPU.

core2duo is supposed to be 64 bit, but I had a bugger of a time on a 2009 iMac and first had to install Win7 32bit and upgrade that,
It’s the drivers… gotta figure out what sound, video, wireless, network are first.
OMG took the old spinner from that laptop i made into PopOS and a USB adapter - the thing booted off it. All the way to the desktop!
Just need to hunt down a few device IDs in MacOS to scoop a few proper drivers.

Yeah, that must be what I ran into. I had a couple of Core2 iMacs that were donated. One I did with Linux Mint, the other with Windows 10 32-bit.

I’m gonna try the Open Core Legacy Patcher and install Montery - ran across a YouTube of someone doing exactly the mini I have. 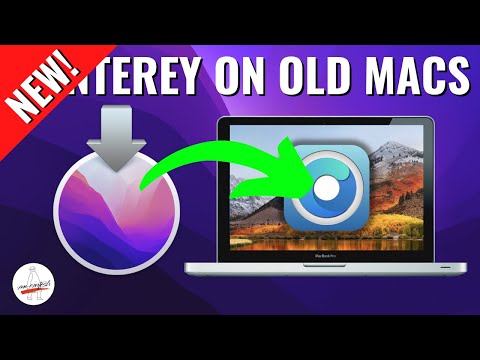 I think the only issue I have with that stuff is the video driver support. macOS sucks unless it has some sort of graphic acceleration, since so much of it is a bunch of visual layers.

Supposedly there’s a post install update that fixes it but you need to rerun it after any future updates. Didn’t notice when i used a hack way back upgrading a 2008 Macbook to Catalina.
My Internet blows… had to redownload and just finished making the USB stick now.

Let me know how it goes. I have an i5 Mac mini that won’t upgrade past High Sierra that I’m either going to have to make into a Windows or Linux box.

But if I can get it on a newer macOS, that would be great.

So it’s not too bad on the old Core2… they did mention to use 8GB but I’m only using 4. Wouldn’t consider using a spinner drive. I have a 256SSD in there too small to consider salvaging for something else.
Still think my Raspberry Pi is slightly better with YouTubes than the ancient nVidia 320… even after the Post Install Patch was run.

I think an i5 MINI would be just fine!

This is the Mac mini I’m going to try it on. But not for another month or two.

It’s currently connected to an old Drobo, and I’m slowly migrating stuff off it before retiring the mini to a new home.

It has a 256GB SSD already in it. So that should be just fine.

I’m sure it will. Mine was a mid 2010 just like the tutorial w 4 GB, no speed demon but it works just fine w the upgrade.

Sure miss the wife’s calling:
the Mac is broken again!
turn it off. turn it back on
Ohhh! It’s all fixed now…

Follow up… so I played with it for maybe a few hours in the last week or so. Works just fine, had no issues.

What I did learn is that all this time trying endless distros of Linux, owning Macs and the such I spend 99.9% of work time on Windows PCs and 95% of personal use on Windows PCs. I read the news & email while I have morning coffee on the laptop and spend most of the day on the PC desktop with the 28" screen I can actually see.
Time to reconsider my computer priorities, needs vs wants etc

I’m stubborn… tried to upgrade an old Dell 160 I use as a samba server, it was running ubuntu 16.04 and crashed it. Took me 36 hours of piddling about.
I should’ve delisted the mini and set it up instead. Made too much sense!

Had this stupid urge to add a GUI and VNC… the damn Dell has an oddball Sis video… the only distro that would work (poorly - can’t set the proper display mode) was lubuntu 18.04. Lame Atom processor so I needed 32 bit.
I did find a use for a couple old DDR2 sticks as it needed it to run the LxDE desktop I’m never gonna use…

Did you try Mint?

I have one of those tiny computers hooked up to a TV in my classroom. I couldn’t get any distro to recognize the distro, since it was an integrated intel chipset with some weird processor. I tried Debian, Ubuntu, etc. None worked, but Linux Mint did.

It’s a weird box. Came with Windows 10 pre-installed, but when I tried to format it and install my own Windows 10 or Windows 11, the video just kept defaulting to VGA. Which is why I switched to Linux.

One of these things: 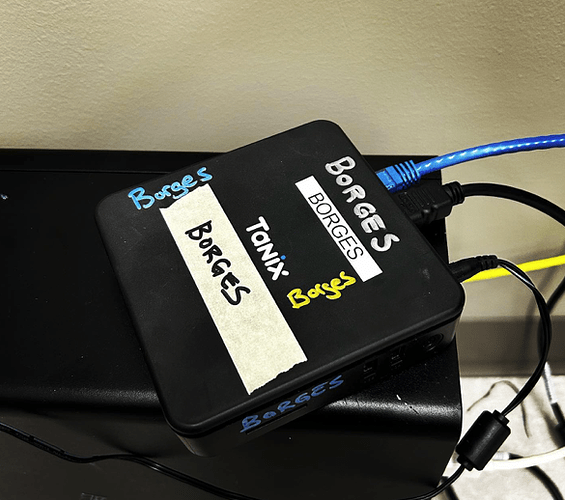 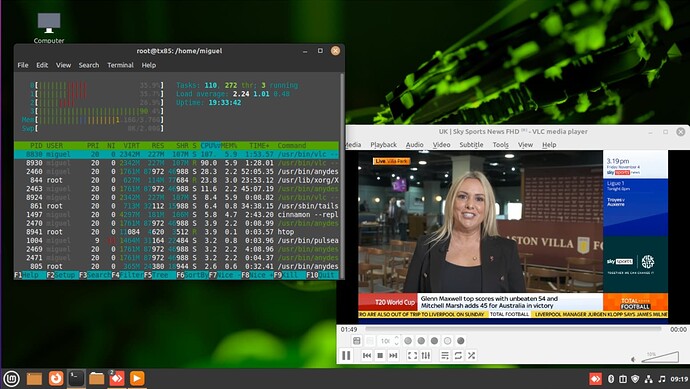 Still something wonky on the video, but only when I’m connected via anydesk. So I get a video playing and disconnect and it’s fine, even full-screen.

Way underpowered in Windows, but holds its own in Linux just fine.

I think my Mac mini will go the same route, but I’m not ready to retire it yet, since it hosts one of my NAS backup things.

Mint is one of my fallback faves, but this POS had such a lame Atom processor I stuck with minimal desktops. Like I mentioned, I don’t really know why, just wanted to try.
It ran fine for years with Ubuntu server 16.04, no desktop. I should really set it up to boot to CLI instead, but I wasted enough time on it and it’s working ok as is.
I listed the Mini @ $200 if no one makes a decent offer soon, it will become the replacement.
Got a surprise, someone from out of town is coming to visit her Mom and called to buy a 15" HP i3 with Pop! I listed too. In the ad I’d offered to install Win10 if they insisted, she said NO please don’t ruin it.

So now what? Found an old Asus EEE Atom 270 in a drawer. Cpu benchmark is 175… 175 hahahahaha!
Put Raspian on it several years ago… and wait… yet another Atom box in there! With a sticker says it used to be the mailserver for a local Band Office…

So my Mac mini is going to live in its current state for another 6 months or so, as just a Backblaze client.

But meanwhile I have an older iMac and MacBook Air that I’m going to use this on: 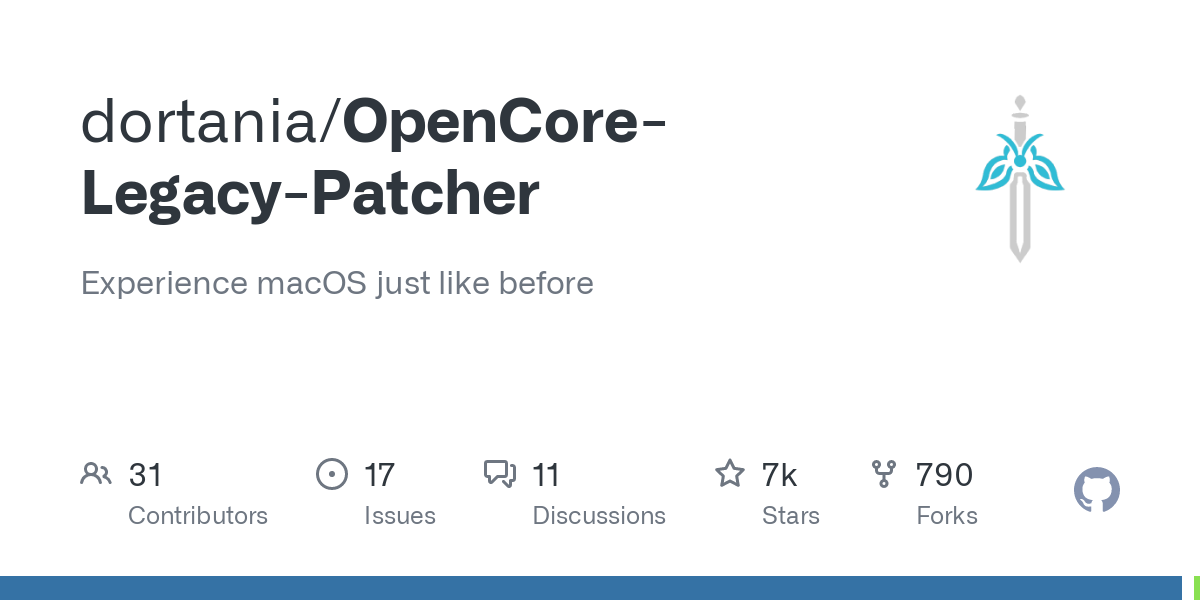 Will try it this weekend!

Taking the plunge with my 2011 MacBook Air. 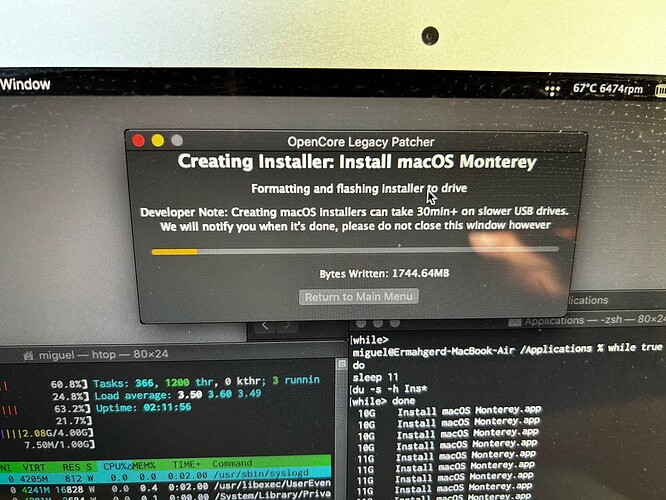 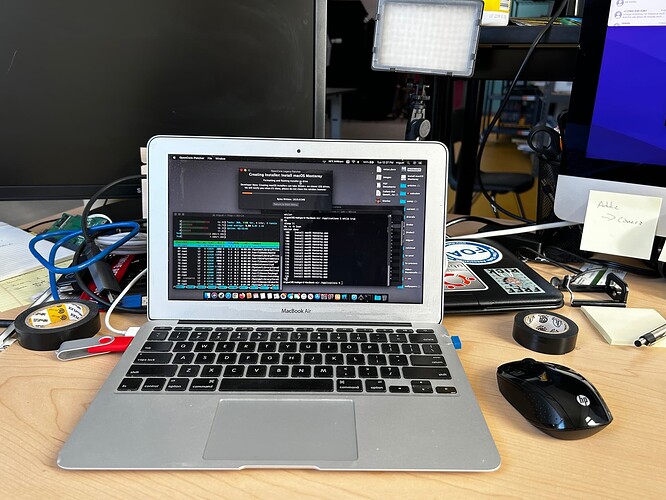 Does it work ok? Ashamed to admit it, I haven’t even turned my Mini on in two weeks…
got the Dell running as my samba server, turned another old Atom mini into a PiHole just keeping myself busy.
Otherwise one goes bonkers living here in the Fort. Used my Sherlock Holmes powers to deduce the ‘supply chain issues’ really means “trucks can no longer turn North on Hwy27 except to pick up logs,”
Our SaveOn is a monument to Soviet Russia - empty shelves and a few goods only high party officials could afford. Manager has more excuses than his store has items in stock.