I’m looking forward to the Apple Event that’s happening tomorrow, 10:00 AM Pacific Time. I’m very curious to see what the iPhone 14 lineup has to offer. I’m going to be in Vancouver on September 27th. Will be buying a new iPhone.

I think the iPhone 14 (non-pro / amateur) won’t change much, other than new incremental upgrades like a new CPU, etc.

The Pro version is rumoured to have a new cutout for the “notch” and a newer camera system. But it will be more expensive.

I’m sure I’ll be getting the iPhone 14 Amateur anyway, as it’s in my price range. And then I pass along my existing phone to my wife, she passes her on to the oldest kid. Trickle-down iPhoneconomics.

I usually order directly from Apple, so that it’s already unlocked and ready for any SIM or eSIM. Traveling in Spain and Portugal this summer, it was super easy to swap SIMs and eSIMs on all of our supported phones.

I’m sure I’ll be getting the iPhone 14 Amateur anyway, as it’s in my price range. And then I pass along my existing phone to my wife, she passes her on to the oldest kid. Trickle-down iPhoneconomics.

I’m feeling quite ambivalent about which unit I’ll be getting. The 13 Pro will likely get some type of price drop and it has a wicked camera. The 14 amateur is more in my price range. The 14 Pro is what I would really like, but, the sticker shock will likely be the deciding factor. I do like that Apple offers 24 months of interest free payments to get a new phone. Looking forward to going to the Apple store in Richmond. It’s time to put my droid on the shelf (it’ll be a family spare).

This is the first I’ve heard of eSIM?! It’s saying that we won’t need our SIM card anymore?! SIM trays will be obsolete at some point? Is that something that’s easy to setup?

Wow! So iPhone 14 models sold in the US will be eSIM only. I’m guessing that iPhones sold in Canada will ship with the physical SIM tray.

Just called Apple support. They confirmed that iPhone 14 models sold in Canada will have a physical SIM tray. I’m guessing Apple will test this out in the US and other markets and then eliminate physical SIM trays entirely with the iPhone 15. I like having the option of eSIM technology. I’m not thrilled about physical SIM trays being eliminated.

eSIMs have been around since the iPhone XS or XR or whatever. I’ve been using them for a long time, since you don’t have to be physically present to buy a SIM.

For example, 3HK in Hong Kong offers a 365-day plan for roaming in Canada/USA/UK/AUS/NZ for $268 for a year. For 35 Gigs. That’s $268 in Hong Kong dollars, which works out to about $45 Canadian. For a year of service. My kid’s had this esim for almost a year now. Really great price. And I have it as a secondary carrier on my phone as well. 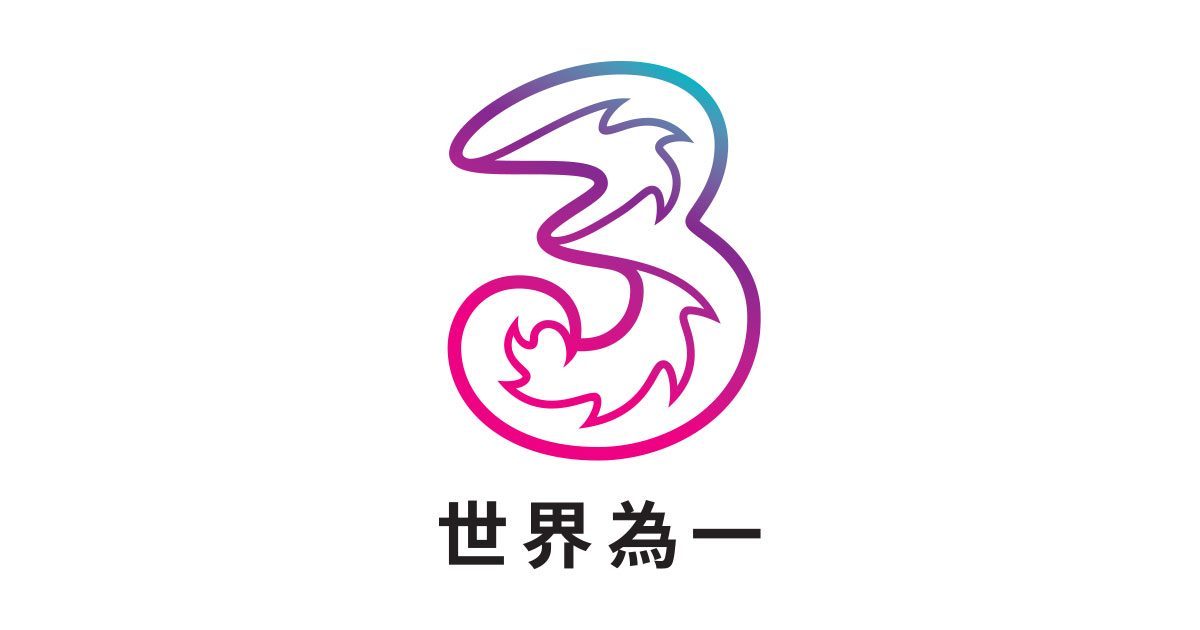 And then if you’re travelling anywhere, you can just get a eSIM in advance and download it on your phone, or buy one when you get there. Cheap, easy to choose from a bunch of carriers too.

You can also move eSIMs from one phone to another by just having them both signed into the same iCloud account.

If you haven’t already, check out: 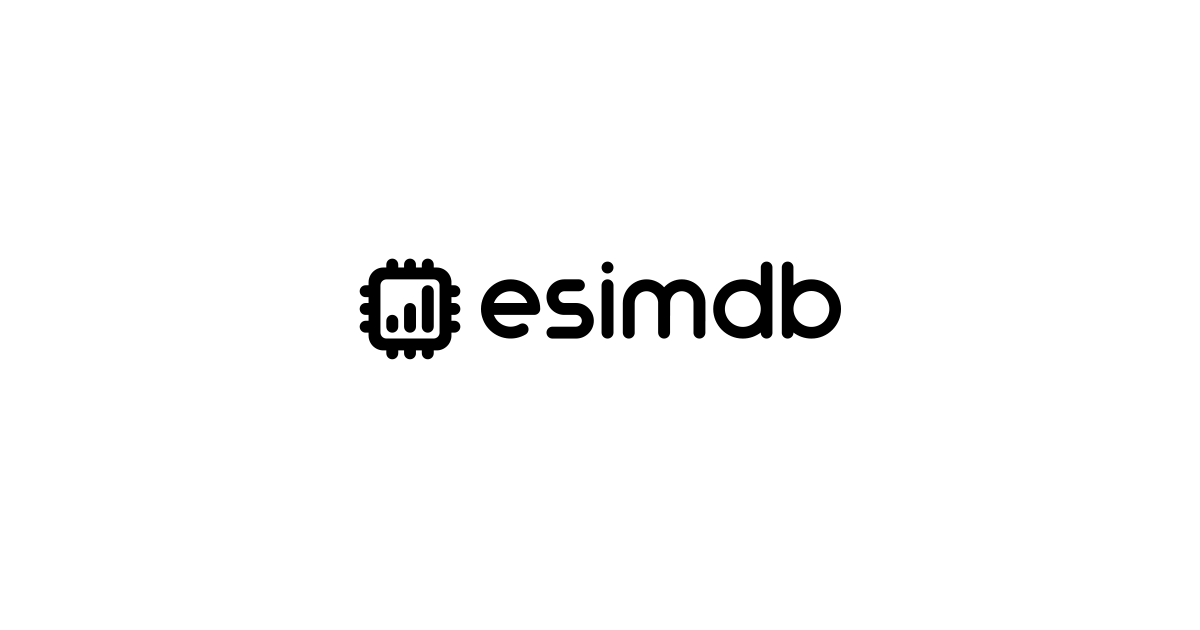 The easiest way to search and compare eSIM with prepaid data plans for your travel destinations. Find the eSIM and data bundle that suits you best when traveling abroad.

I also have tried both the https://mobimatter.com app and the https://airalo.com apps. So you can buy and activate an esim right on your phone. The 3HK eSIM, for example, is available in the mobimatter app.

Awesome! Thanks for the detailed explanation, MiG! I guess my only concern with eSIMS is a disturbing scenario that I can imagine. My wife is happily using my second iPhone 8+. I dropped my first iPhone 8+ hard on concrete. Thankfully Apple Care promptly replaced it with a new unit. In the interim I popped my SIM into an old Samsung unit. The new iPhone arrived and I restored it from the cloud. Dead simple and painless.
What happens if I drop my new iPhone 14 and need to use my old OnePlus unit in the interim? Isn’t the eSIM locked to the now defunct phone? Would I be able to use the OnePlus with my physical SIM card? This is my one and only concern with using eSIMS on the new iPhones.

Depending on the carrier, you might just be able to add the e-sim to a new phone (and it will invalidate the old one). With iOS devices, some e-sims can be part of your iCloud backup. So you wouldn’t even need to involve the carrier.

However, some carriers don’t allow e-sims to be transferred, and you’d have to call them and just ask for a new one. 3HK, for example, can either show you a QR code to scan, or they can e-mail you a code.

Canadian carriers are a bit behind on this, of course. Telus will sell you an e-sim, but you’ll have to go into a store and buy a piece of paper with the QR code on it

I know Bell and its subsidiaries seem to do better. You can get an esim from lucky mobile, for example, online.

Personally, I’ve used e-sims with my kids’ phones and for travel. But I probably wouldn’t depend on one for my main work phone. Not yet anyway.

But remember, once upon a time, there were no SIMs at all in Canadian cellphones.

Canadian carriers are a bit behind on this, of course. Telus will sell you an e-sim, but you’ll have to go into a store and buy a piece of paper with the QR code on it

I know Bell and its subsidiaries seem to do better. You can get an esim from lucky mobile, for example, online.

Thanks for the explanation, MiG. Thankfully I have a Rogers outlet of sorts here in Rupert. East Wind Emporioum could probab;y help with eSIMs. The eSIM activation process is somewhat mysterious to me.

So the iPhone 14+ is looking really sweet. It has the A15 chip that’s in the iPhone 13 Pro and it also has a super big battery. And its camera is much improved over the iPhone 13. I think it’s available in October.

I’ve watched a lot of Youtube reviews on the iPhone 14 and they’re universally favorable. Most reviewers were not thrilled with the introduction of eSIM only phones. However, given that Apple is a market leader in smart phones I suspect that all carriers in North America will work quickly to make the transition to eSIM to be not too painful. My entire family uses iPhones (except me). I’m looking forward to moving to iOS.

Not a bad video from unbox therapy.

You know, none of the Apple resellers in Prince George has had a 24" coloured iMac on display yet. They came out when, Oct 2020?
covid, forest fires, supply chain, road washouts, chip shortage, etc. etc.

I’m one of those old farts that actually wants to see and touch expensive things before I shell out for it.

I’m one of those old farts that actually wants to see and touch expensive things before I shell out for it.

I’m a similar old fart. Now that Apple has removed the iPhone 13 Pro from their website I’m going to see what’s on sale in Richmond on the 28th of September. It’s likely that the Richmond Apple Store will be cleaned out of 13 Pros. I’ll buy an iPhone 14 of some type if they’re available.

I was at a wedding reception and my old GF’s kids showed me their Tesla they’d bought.
New, unseen, without a test drive… over $100k… absolute insanity in my mind.
BTW - ooohhh nice car. Like the Mac of cars!

I bought my last phone, a OnePlus 7T, sight unseen. That worked out okay. However, this time around I want to get my mits on a unit. I think it’s likely that I’ll buy the iPhone 14 (amateur model).

I ordered the iPhone 14 (Amateur) Plus. I want to try the bigger screen on my drone controllers. Normally, I don’t like big screens, so this is an experiment for me.

Right now it’s saying it’s 2 weeks before I get it.

My family practices “trickle-down-phonomics” which means my wife gets my iPhone 13, and a kid gets her 12, and so forth on down the line. Youngest kid has the oldest phone.

I’m wondering how well the emergency / out of range satellite stuff would work in Canada. The coverage where I am is really great, and I’m rarely out of range. But I think in many parts of BC there are dead zones.

I ordered the iPhone 14 Plus. I want to try the bigger screen on my drone controllers. Normally, I don’t like big screens, so this is an experiment for me.

Awesome! The reports about battery life on the 14+ are excellent. My vision has really deteriorated over the years, I’m set for an upgrade on the 29th (cataract surgery). I’m still on the fence regarding which unit I will get. I change every day. Haha.