Ready to say goodbye to yet another "public" water access?

I was just trying to enjoy the view in the dirt parking besides the lightening dock yesterday and noticed someone drilling holes in the rocks. Then this morning I noticed a few poles aligned with the CN fence.

I guess I need to assume that this is yet another water access that will be removed from the public? I can’t believe how crazy all of this is. The water at the waterfront is now something to look at from a dock, or 10 feet up. That has to be a first in all of the “coastal cities” in Canada. Very disappointing.

Where’s the link to this being Lee Brain’s fault?

Statement regarding CN and Waterfront Access Hi folks,
I know many in the community have been disappointed to hear that CN has
fenced off waterfront access to the piece of beach next to the Rotary
waterfront park. While we understand CN’s position that there is a real
danger involved with having the public in an area that is potentially
unsafe, we believe that there are creative solutions to make the beach
safe for public access. We have reached out to multiple contacts
at CN to advocate for the maintenance of beach access for this area over
the past few years, and offered to work with them to remediate and
develop that area for public access. Our offer for City staff to work
with CN’s environmental team to analyze and develop remediation options
for the site stands, and we hope that CN will work with us so that we
can retain this small stretch of beach. The City does not have
jurisdiction over this particular area, as it’s not our land. However,
we are absolutely committed to increasing waterfront access to the areas
that we can control, like we have done with the breakwater at the Cow
Bay Marina, and are looking at improvements to be made in other public
areas as well. We will continue to work on improving the quality
of life for all residents in Prince Rupert, which includes creating
spaces to enjoy on the water with family and friends. Public wishing to contact CN can do so through: contact@cn.ca or 1-888-888-5909. In your service, Mayor Lee Brain

Sounds very cute but the problem is that there is no water access in Prince Rupert. There is dock access, there is pier access, but no water access where I can bring my daughter and she can actually be in contact with the shore.

I wouldn’t blame Lee either of course, all of this started way before his time, but it’s very disappointing that there is any reason invoked to restrict access to nature/water from the residents. Safety reasons are always a good chuckle since well, nature is not usually human-friendly but for anyone to fence off a place that’s been constantly used for many years and pretend that all of a sudden we are all not safe is hilarious. I wouldn’t go take a swim near that sewage but yeah…I might have to teach my daughter to stay home wrapped in bubble wrap…

Where’s the link to this being Lee Brain’s fault?

It’s gotta be Obama’s fault. Or the NDP somehow.

Wait, does anybody we know work for CN? Maybe it’s their fault. 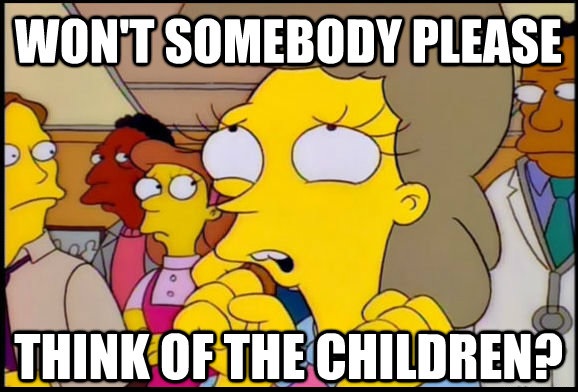 When a company like CN says “safety”, what they likely mean is “liability”.

Lets look back 30+ years, there was no public water access either, didn’t see folks complaining then. Our “waterfront” was never designed to be accessible for the public. Prince Rupert was developed because of the waterfront.

Not knowing what status CN has in regards to that property the following might apply. They could essentially be trespassing themselves by putting up the fence.

"Foreshore is the land between the high and low watermarks of streams, rivers, lakes, and the ocean. Aquatic Crown land is all the land, including the foreshore, from the high water mark out to the limits of provincial jurisdiction.

In British Columbia, the Province owns nearly all freshwater and saltwater foreshore. Land adjacent to foreshore may be privately owned, but in common law the public retains the privilege or “bare licence” to access the foreshore."

Lets look at the history of this stretch of waterfront. it was never public access until the last couple of decades and even then it has been limited. Prince Rupert was not developed for public access of the waterfront. There are sewage outflows, its designated industrial land.

Let’s not look back at what has been and what was, and try to look forward to a place that could be instead of a place that always was and has been.

Pretty interesting. I know there is a will from the people to have more water access so who knows, maybe someone will eventually do something about it… Thanks for sharing the link.

The point I’m making is that it is industrial land. Land that employs Ruperites. So you want your children frolicking in the area where there’s sewage flowing ??

That sewage line, at that exact location, where people have been walking, or playing with their kids, or bringing their dogs for many many years (for lack of other shore access in town), employs Rupertites?

Don’t be facetious, you know damn well that the land adjacent to that small patch of rocks is a rail yard and has been there decades longer than people have had access to that small area.

Do people usually take the bait with your rhetoric?

Before becoming a permanent Prince Rupert resident in 1976, I visited it in 1974. I had many pleasant memories of that trip however, one not so positive was during a stroll along the gravel road that parallels the aforementioned beach.
As me and my girlfriend were enjoying a fine summer day a vehicle stopped and a CNR policeman ( they used to be stationed here) stepped out and asked us what we were up to. We replied that we were visitors out exploring the community along the waterfront during a casual stroll. He advised us that we were trespassing on private CN property and asked to see our identification. After recording us in his notebook he ordered us to leave the area.

After the development of Ridley Island and the train yards relocated there, these restrictions eased up and the populace enjoyed easy unfettered access. Added to this, was the public use of the ‘viewpoint’ across the the road from the entrance to the coal facility and the genuine sandy beach past that point, both on Ridley Island. In fact, one year Seal Cove school planned a day long outing in june for their students to spend on the beach near the end of the school year. That road was popular among residents for dog walking or just enjoying nature as once you walked down aways, you could’t hear or see any evidence of the industry there.

And then Sept. 11, 2001 happened. From that point on, world security awareness ramped up including here in our little corner of the world. The port of Prince Rupert installed security gates on the Ridley and Scott roads and installed cameras on all areas of waterfront property on Kaien and Ridley islands. These cameras are monitored 24/7, 365 days of the year.

I have always marvelled at the fact that just about every other port city I have lived in or visited, had developed public areas for recreation and we didn’t. History has dictated that this was very limited here. First, as being originally developed and owned as a rail terminus in the early part of the 20th century, and then world events that took place in the 21st.

Totally get your point. It makes sense that this could lead to a situation of the sort. But what I don’t understand is that you can spend 2 hours on Google Earth in “street mode” and visit 99% of the Canadian coastal cities from the east and west coast and what you’ll see is maintained parks, waterfront access, groomed grass, landmarks, people walking their dogs in clean, tourist-and-locals-oriented areas that are meant for resting and appreciating the beauty of nature. What we end up with here is excuses about why all those nice places are now closed. I get the legality of it, but I don’t get the social aspect of it.

Perhaps you should attend this meeting…