From 12-12:30 – For half an hour of your time join us in front of Nathan Cullen’s office across from Overwaitea. Bring a letter that you can deposit in the mail slot asking Harper to break up the Budget Bill into separate pieces to debated separately. Bringing signs, pots and pans to make some noise is encouraged.

Since the Harper Conservatives announced their Omnibus Budget Bill, more and more Canadians are rallying against a Bill that would put a black mark on our democracy. Join a national day of action at MP constituency offices, and across Canada this Saturday, June 2nd.

In the budget are changes to the EI program that will devastate our seasonal workers. There are changes that will allow cabinet to have final say whether pipelines such as the Enbridge Northern Gateway project should be approved or not irregardless of what the Joint review panel decides. It guts the Fisheries Act no longer protecting the habitat of our precious resource. It closes Coast Guard Stations and abolishes the ocean pollution monitoring program. Enough already!

It’s time to stand up. blackmark.leadnow.ca/

I agree with the cause,but do not agree with your use of the word “irregardless”. And I do enjoy banging on pots and pans,bring it on!..

Yes it is a great reason to rally and you work hard organizing these things thank you! but irregardless is not a word, what could it mean? The same thing as regardless? I finally convinced my partner of this after many years of arguing about it, it only took 15 yrs. 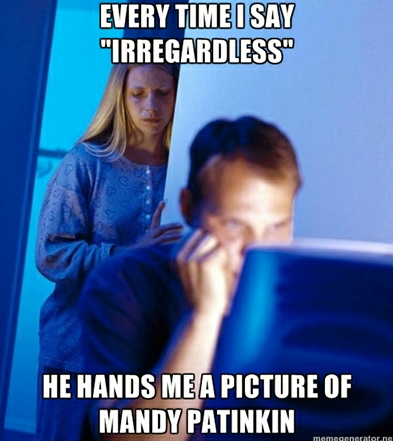