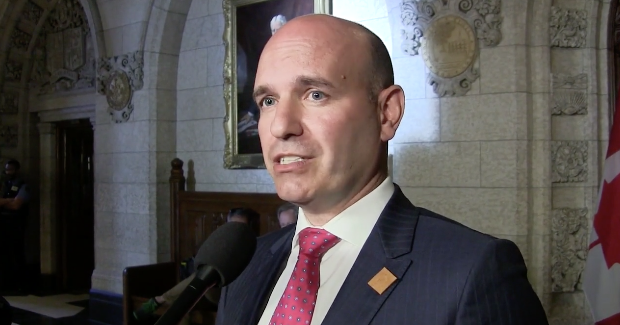 NDP MP Nathan Cullen is not very happy with the outcome of the Federal Government's decision for Pacific NorthWest LNG One of the strong...

thanks to North Coast Review

Dear Ms Rice maybe if you talked to the communities whose territory the LNG project actually resides in instead of communities that will not derive any revenues from it maybe you will find out the majority are for it, hence the 17 out of 20 that have signed on, and the Lax and Metlakatla bands are in support of it, instead of writing these op eds

Yeah, why mess up data with the opinions of those not bought off yet?

you want to talk about data ok, the most looked at eco-system in canada done by Petronas on Lelu island, Lax’s own scientist says they agree with the data, metlakatla and the group they formed to look at the data confirms it is accurate, so the only ones that do not present an argument with data are wait for it, wait for it, the environmentalists and our lovely elected MP and MLA, they are just using emotions to present their arguments, where do they get their data from?

didn’t say they didn’t know anything I just asked a simple question, what data are they using to support their position? if you can’t answer that except to use

Like I said - bought off. Gonna get a fistful of dollars

then I guess you have no real argument except trying to annoy me but guess what by me asking that simple question and you not being able to answer it means you are the one being annoyed, so enjoy it

Cheerleaders get paid in cash or popularity. Which dubious and meager method do you prefer?

method of payment for me would be something simple, just post a link on the studies that the environmentalists and our esteemed MP and MLA are basing their statements on. that should be really simple after all they can’t make these claims without having any data can they?