Thank you Mayor Brain for STANDING up to councillors like Joy Thorkelson, who is totally content on just continuing to raise our property taxes, year after year after year after year…yet offering up no viable options for how to stop the bleed and mercilessly picking apart real opportunities to find much needed tax revenue.

When times are tough and cash is strapped, extras like the Library, the civic centre ect NEED to become more user-fee based, not subsidized by further tax increases to businesses and homeowners, who have been shouldering a massive burden of tax hikes for nearly 10 years in a row.

Shame on you councillor Thorkelson!! Thank you Mayor Brain for finally calling out her actions publicly!

“Councillor Thorkelson I think we know what your view is right, we understand that you would like to raise taxes, when it comes down to it I don’t want to get into an argument of strategy, the thing is my job is to reflect the view of Council and we’ve been voting in that manner … it’s almost the way we look at how we want to grow the town right, we had a 6-1 vote on a new development to have new tax revenue which you opposed and so here you are lecturing on us terms of why we should be doing something a certain way. Yet at the same time are the person who is actually voting against having new money coming in” - Mayor Lee Brain 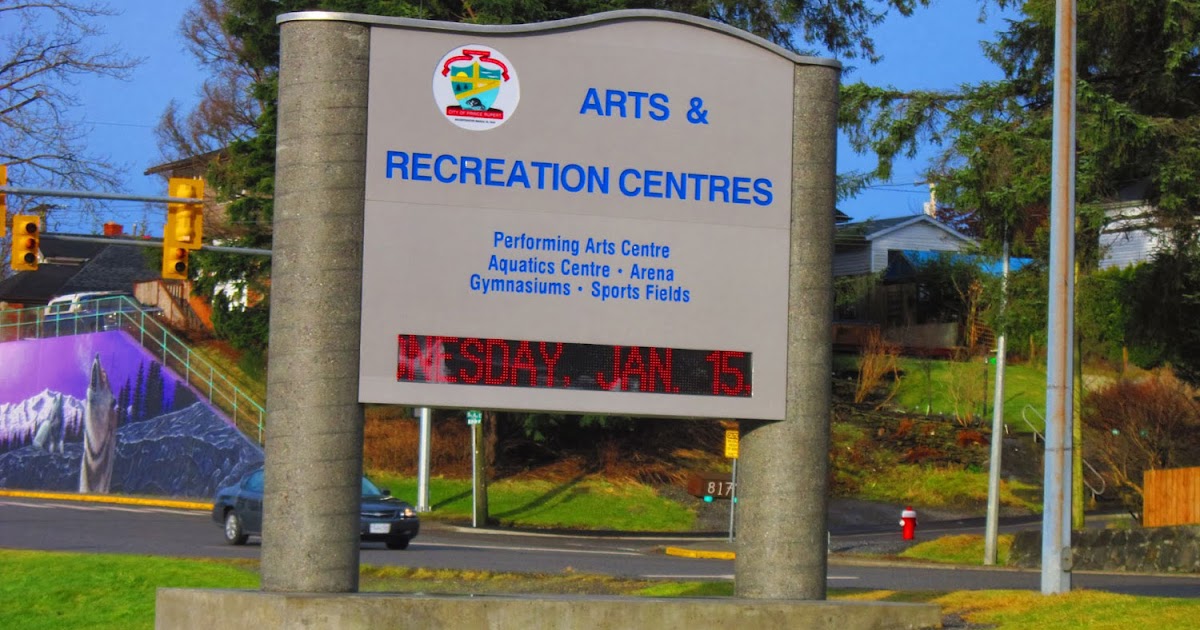 The final passage of a bylaw to increase Recreation fees by five percent over the next five years, provided for the longest discussion of ...

The sparring between the mayor and councillor seeminly continued past this one issue: 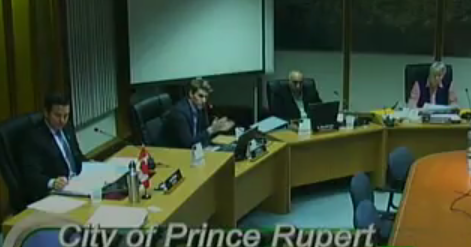 Small Business Committee plans remain stalled, with a workshop the next stage...

It was strike two for Councillor Blair Mirau's attempts to create a Small Business Committee at City Council on Tuesday evening, with Coun...

Joy sure likes dishing the lecturing out to our more junior members on council for their solid and progressive ideas…the moment someone turns that back on her, she doesn’t take to kindly to it?

I hope this is her last stint on council.

And good on the mayor for supporting the business community rather than attempting to spit in their face.

Her $50 bucks and a business license comment was classless. Joy better go check her figures again and show some damn respect for this city’s business community for all they have done over the years. What an absolutely insulting comment to make about Prince Rupert business owners, not to mention their 2nd largest tax base.

When times are tough and cash is strapped, extras like the Library, the civic centre ect NEED to become more user-fee based, not subsidized by further tax increases to businesses and homeowners, who have been shouldering a massive burden of tax hikes for nearly 10 years in a row.

Full disclosure, I am a trustee of our library so I am going to be a bit biased. But, I don’t see the library as an extra. At the same time, I do not swim but I don’t view the pool as an extra. Same for the Lester Centre, the Civic Centre, or the museum. They are all very important pillars of our community. They are not extras. Imagine our town without them.

As to user fees. Pretty much the definition of a library is the fact that it is free. Outside of a few charges for services (photocopying, faxing, the rental of the multipurpose room) everything the library does is free. Libraries don’t rent books. They don’t charge for internet usage. There are no service fees for using microfilm or other reference material for research or using the knowledge of the librarians to find information. All are welcome to take part in programs - like the reading programs for pre- schooler - for free.

.And user fees when, applicable, say at the Civic or the Pool, can be a problem for some. When we save on taxes but pay user fees we are still out the same amount of money. Just juggled differently. And I would hate to see those who can’t afford the extra in user fees being penalized. So we have to be very careful how user fees are managed.

Lastly. I am not a big fan of taxes either. But taxes are what we pay to get some of the things we need. That can be road maintenance, fire, police, parks, and yes, libraries, Lester Centres and recreation facilities. I do not mind paying taxes as long as it is going to appropriate things. And maybe I am just the odd ball person here, but I am not sure how much extra we are paying in taxes. Seriously. So I went to City Hall today and asked for my tax statements for the past five years.

I know we have house assessments and mill rates and all that stuff. But the bottom line is the amount of money that comes out of my pocket.

since the posters didn’t say it thanks to the North Coast Review for those articles. as for Thorkelson will someone plz get her a Save the Porpoise Tshirt, her Save the Salmon tshirt is redundant now

I agree that these are pillars of the community and I should not have called them “extras” however, when things become as dire financially as they have become for the city and after years of steady tax increases, you have to stop the bleed and start making some cuts in certain city amenities and places like the library and civic centre ect. need to be those places where things are cut. City infrastructure, policing and safety must be the city’s number one priority…people can still entertain themselves outside of these facilities, but they need water pipes, streets, utilities, police/fire ect to live. You cannot tax people to death either, that too can result in people not being able to afford their homes and devastating their lives, much worse than losing a damn Monday at the library. Tax hikes also can contribute to tax base erosion which can also affect city amenities.

If you wanna pay more taxes to stop the 5% increase to civic centre user fees or to get an extra day at the library, then volunteer to increase your property tax…I for one and most likely the majority of this city, are sick of tax increases.

I think a city that bought a cable company (for how many million?) shouldn’t be cutting municipal services.

I for one and most likely the majority of this city, are sick of tax increases.

Ok, there is no point in arguing the budget of the library or the civic centre or whatever else you think should be hit to help you save on your tax bill. We all have our own priorities.

[quote=“bthedog, post:1, topic:17041”] further tax increases to businesses and homeowners, who have been shouldering a massive burden of tax hikes for nearly 10 years in a row.
[/quote]

And I am dead serious here. I want to learn. I want to know exactly what perimeters we are discussing. Because I don’t see the problem the same way you do.

As I pointed out in my previous post, my out of pocket taxes to the city since 2011 increased by 3% over four years (I mistakenly said five) which is an annual increase of 0.75%/year.

The inflation rate in Canada over the same period.:

total 5.50% almost double our (or at least my) inflationary tax increases.

Now I know that it is not as simple as this because city taxes are not determined the same as provincial and federal taxes which for us are income based. But question number 1. If I am in the 25% income tax bracket and I get a raise of $1000 my taxes will go up $250. Is that a tax increase or is that just our way of paying for the inflationary costs of government when we get those inflationary types of pay increases.

I am no expert on municipal tax rates. I am not even sure if tax property values is the fairest way to go but that is what we are dealing with. We start with our house assessments which is provincially controlled. Then the city sets a mill rate. Then I take money out of my pocket to pay. So when we see our house assessments going up like the have the past five years we automatically think tax increase.

In my case, my house value has gone up 28% since 2011, but my out of pocket taxes have only gone up 3%. And that is because the mill rate is set to adjust for those rising and falling house values.

I feel I am starting to ramble here but slogging onward. I was told by someone in the know that defining tax increases particularly at the municipal level does get interesting.

The example I was given. A community of 10 houses each paying $1000 in taxes. An 11th house is built. The city collects its $1000. The other houses are still paying the same amount of money but the city has increased revenue of $1000. Some people define that as a tax increase even though nobody is out extra cash.

I really don’t know how much better the city has been doing since 2011. My guess is that more revenue has been coming in. Hopefully more revenue will continue to pour in. Maybe my out of pocket taxes will go down like they did in 2012 and 2014. That would be great. In the meantime though I am prepared to pay to maintain services in this community even it means a modest inflationary increase.

Thorkelson is part of the old school train of thought in PR.
She has been an active part of the failing business model of commercial fishing from the hey days to the sad state in finds itself in these days. Not her fault but she never had anything to say the whole time other than obvious rhetoric.
She understands nothing about business but she does know her way around bullying people in meetings. Professional meeting goers are like that.
Good for Lee to stand up to that type of person. You know the type who is intent on whining about the past that they themselves failed at.
I for one have never voted for her and would love to see her off council but as long as she gets the votes we will have to put up with her lack of sound judgement and antiquated ideals.
We need to stop putting our faith in the devil we know at election time. Her and the some other councillors have done their job to the best of their abilities but at this point are completely inadequate at sound decision making for our city.
Thank goodness people are starting to realize what a waste of time her ides are in this position.
No offence intended, just my opinion.

For all of the mindless time wasting rambling that Thorkelson puts everyone through, it was 100 percent just