How can we blame the French for this?

Somehow, the French have to be responsible for the England goal that wasn’t.

Somehow, the French have to be responsible for the England goal that wasn’t.

Well if it had been off of Rooney’s foot for sure the protest would be on!

Though why FIFA doesn’t have goal judges is beyond considering how important a single goal can be to a football match.

That being said, Germany sure looks rather methodical in their counter attack, I thought that England’s experience would be the determining factor against Germany’s youth, but yikes England suddenly looked very old on the field.

Momentum is key in these things, had the disallowed goal counted and the teams were tied at half then it might have changed the dynamic.  Though full credit to Germany they played an amazing game of strategy. 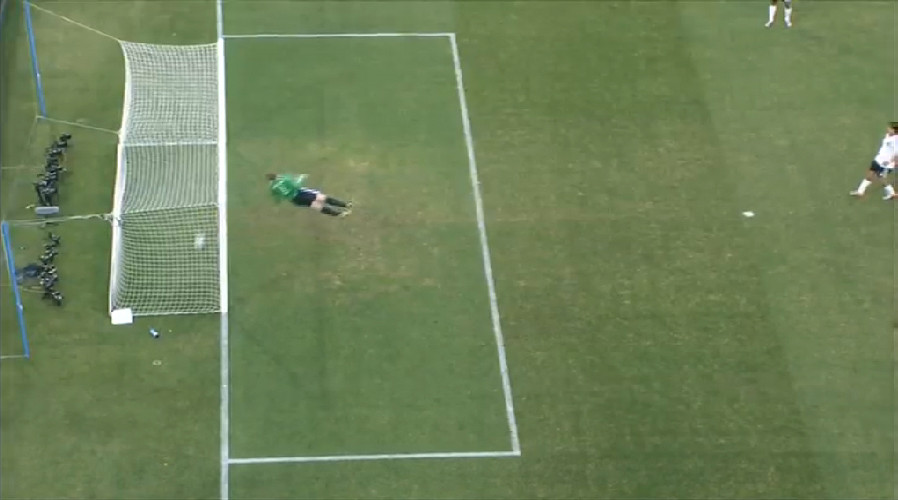 Only the French teams complained.

Only the French teams complained.

LOL, well that’s to be expected

Everyone - especially the players - always complain about the officiating.  Well that is just the way the game is played at the moment and players need to adjust to the particular referee assigned to the game.  When players stop making mistakes they can start complaining about the officiating.

Take the game when Klose was sent off … it was pretty obvious that the referee was whistle happy so the players should make a greater effort to avoid dubious tackling.

And of course I am a German fan so even if the English goal was allowed they still would have been destroyed by a far superior German “team” (which is England’s problem - they are not a team).

Here’s a document from the FIFA site explaining the goals of the extra assistant referees in the Europa League:

[quote]The objectives of the introduction of two additional assistant referees are:

Important:  The introduction of the two additional assistant referees does not imply any change to the Laws of the Game, which continue to apply in their entirety.[/quote]

Note from the same PDF, the official protest from the FÃ©dÃ©ration FranÃ§aise de Football about the extra assistants.

I don’t think anybody listened to the protest, as UEFA is adding these officials to next year’s Champions League, as well as to Euro 2012 qualifying.

JJR - I agree that players need to adjust.  Each of these referees is well-known by the time they get to run a World Cup match.  Today’s ref is known for red cards, and both sides knew it.

I didn’t realize how many Germans lived in Terrace until today!  Nor did I know how classy those colours look when you wrap the flag around your body and walk into Tim Hortons.  heh.

Everyone - especially the players - always complain about the officiating.  Well that is just the way the game is played at the moment and players need to adjust to the particular referee assigned to the game.

The goal-line assistants in the UEFA competitions would have caught it.  I wonder why the French are so against it?

But the main difference between Argentine and French cheating is that the Argentines tend to come back and score beautiful goals to make up for it.  cf. Hand of God followed by Goal of the Century.

I didnt read the thread or care what its about but we do not need a reason to blame the french for anything. They are to blame simply for being french.