so much for being open and honest with the public, looks like the city is trying to do a fast one with handing over land to it’s slush fund company, umm legacy fund company, without having a public debate 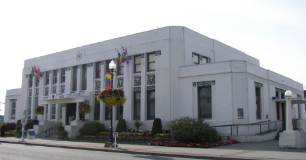 The City of Prince Rupert is looking to dispose of some property, but it doesn't appear that it will be moving too far from the reach of t...

thanks to north coast review

They can’t even tell us , what general address this would be other than lot numbers? Sounds weasely to me .

so true very weaselly no discussion in public at all, what did our Mayor campaign on? hmmm oh yes transparency, how does leasing out land to the slush fund corporation of our city for under market value, more then likely, not require a council meeting in public? maybe when the council or mayor trolls this site they can explain it.

The Mayor has been extremely open since taking the job. Certainly far more than the last couple of mayors. I’m willing to give him the benefit of the doubt for now. He’s pretty good at staying on top of social media so I’m hopeful that he’ll see this and comment on it.

well according to the link the city posted the land shift in the northern view during the holiday period, there will be no council meeting to discuss it with the public, so how can you assume the mayor and council is going to be transparent over it? I will bet they will say it had to be done in private, It seems there are just as much things done in private as before, even for things that could be discussed in public, one example is the Mayor’s position going full time, could have been done in public but done in private.

I wonder what land it is??? Maybe it’s for our community village ??

I have a feeling it is for Exxon, so instead of the city getting the money and having to use it for the public they are leasing it to the Slush Fund Corp for less then the value it would get then the Slush Fund Corp would then sub-lease it and use the money out of the public’s eye, and if not for Exxon then for another company, it did say a lease for 30 years, either way they want that money out of the public’s eye and not have to report it in the City’s financial statements

and the next question is why do this when the city needs as much money for its budget as possible, it is raising taxes again this year so why lease out land to the Slush Fund Corp below market rates only to allow it to sublease it for market rates, wouldn’t it make more sense for the city to lease it at market rates?

so has the Mayor or the city posted anything yet on all their social media sites about why they would take potential money from accruing in city coffers and instead letting it accrue into their City owned slush fund corporation, which by the way doe not have to comply with rules governing city hall finances

Have you taken the time to ask them? We can’t assume that they constantly read HTMF and since this seems like an issue you’re passionate about, how about just emailing and asking them?

Have you taken the time to ask them?

thanks to North Coast Review 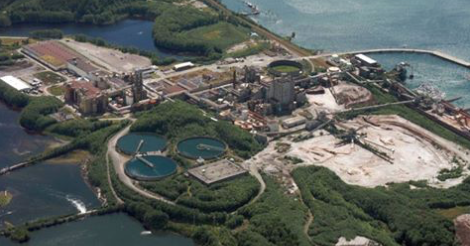 Are there plans in motion that may finally see some kind of forward momentum for the development of land on Watson Island? Well, grab yo...