CN building a waste of money 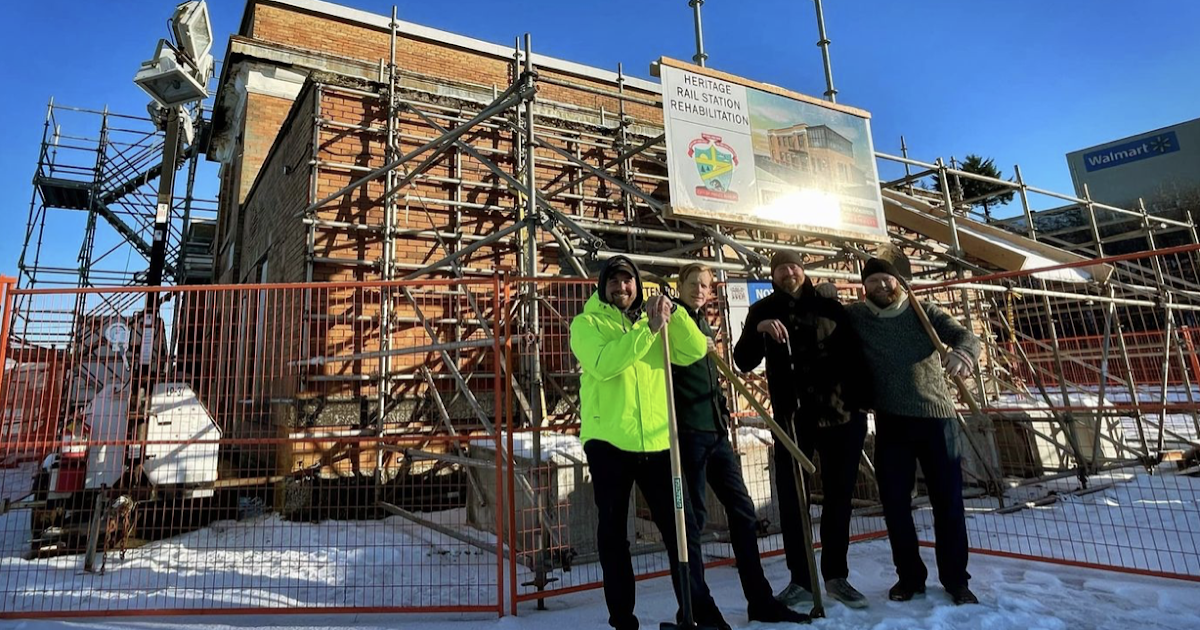 The principles behind the Wheelhouse Brewing Company outside what will be their new home sometime n 2022. The refurbishment of the CN Rail S...

what a waste of money, I thought the city was using all grant money for this elephant of a project but no only $300,000 is grant money the rest is from the city, and they are only charging $52,000 for rent, that is about 1/3 the going commercial rent, oh and they are going to raise fees next year. lets hope these ppl are kicked out next year and ppl with proper business sense are put in and the funny thing is the mayor in the letter says " it will be paid for with grant money"

thanks to northcoast review for the link

Ok now we see the current money figures for the city’s projects , RCMP building $30 million, gee just 5 years ago it was $10 million, while the one in kelowna cost $40 million 4 years ago, what is our city building? an RCMP building or the taj mahal for the city? and going back to the CN building I do remember as I stated above the mayor saying it would be paid for via grants, lets see $4 million out of reserves, $1 million out of dividend? wherever that is coming from?, the Mayor also liked to announce how much rent the will be getting again as i stated it is about a third of going commericail rents, why so low? why hasn’t any Councillor or the Mayor responded to this post which I know they look at, and yes I did email a few of them and guess what silence. Why don’t they release the whole lease contract so we know exactly what they, the brewery is paying? ie property taxes or insurance. as for property taxes everyone knows if you spend $5million upgrading your building your building is worth $5million more so going that at a mill rate of 3.9% for commercial property the tax bill for the CN building should be $19500 for the whole building, assume the Brewery is renting out at least the entire first floor and part of the second floor, since they have to remove part of the floor for the tanks, so lets say at least 60% of the building goes to them the property taxes from the Brewery should be about $117000 are they even paying any of this?

Maybe they can use the CN building as a huge grow show and make money off the profits. Naaa,scratch that, they smoke half the product anyways

what profits? spend over 5million to repair rent out below way below market rates, and I emailed them if they were going to pay property taxes and so far no response which means no property taxes either which the renter of commercial buildings always pay. but think about it they want to borrow 25 million for one building in this town, how many stories is it going to be 10?. they could have bought the highliner for less then 10 million, converted 2 floors for the RCMP and rent out the rest that is why i want a referendum, show us the plans , show us the bids then ask to borrow, why put the cart before the horse unless they are using money for something else

Today the Mayor gleefully announced that the city got another 300,000 for this boondoggle of a project, so lets see initially it was all grant money, then it was 300,000 grant money with 4million from city reserve fund and 1 million from city dividend fund, so now it is 600,000 grant money, oh boy are we not lucky and yet they do not have money to pave residential streets unless the households want to pay 50% of the cost, lucky for us Mayor Brain is not running anymore, unfortunately for us one of the councillor’s s is running for mayor

oh and did you see the new city logo that they said took 2 years to come up with, how much did this cost?
North Coast Review: Prince Rupert Council provides effusive praise for new City logo, brand and direction both will take the community , thanks to North Coast Review

Why don’t you run for Mayor or Council if you dislike the way things have been done?? You pretty much complain about everything. I personally and many others have been very pleased with how much this Mayor and council have accomplished. A heck of a lot more than those that held the seats previously. Oh and I’m quite happy that something is finally being done with the old CN building. It has sat empty for far to long.

so I guess you agree that 5 million of city funds is not a waste, that renting out the space for below commercial rates and possibly no property taxes being paid or very little is a wise decision? in the meantime the city says any road paving in residential areas will be paid 50% by the households, unless they want to wait a decade.