Children in BC schools (and indeed schools across Canada) may benefit from this Supreme Court ruling: 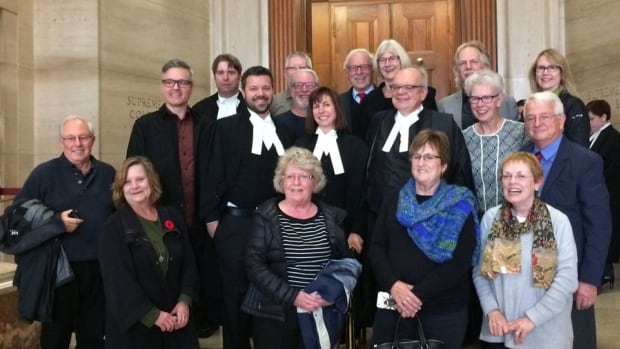 The B.C. Teachers' Federation has won a landmark decision on negotiating class size and composition in the Supreme Court of Canada.

This had to go all the way to the Supreme Court because … guess who was Education Minister way back then?

The taxpayers spent how much money on this case?

And in a discussion a long time ago …

There’s no chance that the government is going to back down, no matter what the courts say. I’m sure even their own lawyers told them that the legislation (getting rid of class size limits, support for special needs students, etc,. in contracts) was illegal. Three times the courts have said that the actions were illegal, and the government persists. How much is this going to cost the taxpayers? Do they even care? So far it’s cost 10 years of court costs, and a fine.

Why would they do this when they know that their actions are unconstitutional? Guess who was education minister when the legislation was passed?

Link to the previous discussion:

Last time this kind of thing happened, I was called in to cover recess, as I wasn't part of the union. All the principals and other district staff covered recess and the other supervision duties. Eventually the district just hired people to cover the supervision. What did the Prince Rupert district do last time this happened? As for being 'not impartial' – no problem. I've been both part o…

This had to go all the way to the Supreme Court because … guess who was Education Minister way back then?

I’m very happy that this government has had its legislation deemed to be illegal. It is sad that BC taxpayers had to pay the legal costs. Now funding that was stripped from the education system will be restored.

It is sad that BC taxpayers had to pay the legal costs.

“If it costs more money, that’s a good thing in lots of ways because it’s a good investment to put money into classrooms and our kids. The discussion then is going to be how do we go about allocating that.”

My understanding is that the contract essentially torn up by the Liberal government is to be re-instated.

The Supreme Court dealt with what I understand to be a non-educational issue - the
Contract – but that does have implications for students, as well as teachers, education, unions etc.

Along the way a generation of students with differing abilities (including gifted students) experienced fewer services than could have been provided. Classroom populations became larger, more diverse and more problematic. So the impact on a generation of students both those with different abilities and the ‘mainstream’ has been significant. (Long-term the societal costs will be significant).

But…the Supreme Court decision will not return educational policy to previous standards. Over time the government has engaged in enacting policy that ‘raises the bar’ – in other words makes it more difficult for a student to be designated as having differing needs. Moreover, other agencies or groups (non government) have had some of the responsibility for student needs off loaded onto their shoulders. As a result a portion group of students who previously would have been supported will not (in the present) even be designated – they have been ‘normalized’ by the arbitrary stroke of a pen. The changes that are required for a full return to a healthier education system will have to be bargained by parents and society in general.

Interesting the Liberals appear to suggest the cost of meeting the requirements of the Supreme Court decision to be around 100 million dollars; the BCTF estimate is 300 million dollars; and, the estimate from the Superintendents - a billion dollars. The final costs will be determined through negotiations between the government and the BCTF.

Let me guess: A union sitting down with the Liberals to negotiate an agreement over cost issues just before a provincial election? Hitest, I don’t think your witnessing hypocrisy as much as a sense of glee on Ms. Clark’s behalf– a polarizing election issue maybe?

Hitest, I don’t think your witnessing hypocrisy as much as a sense of glee on Ms. Clark’s behalf– a polarizing election issue maybe?

I was reacting in part to a radio interview I read about where Clark said she was excited about hiring teachers (gag worthy).