Unpublished letter to NV Re: PNWLNG

I greatly admire the way a newspaper like The Northern View can reinforce an important message, and, for this reason, I invite regular readers to take a second look at last Wednesday’s edition. On the top of the front page of the March 30 edition there is a picture of Steve Smyth, President of the Terrace Chamber of Commerce, along with a headline which reads: " Saying Yes to Pacific NorthWest LNG". Now turn the front page over, and there is a full page add with the headline: “Say Yes to Responsible Development - Pacific NorthWest LNG”. Then on pages 5 and 7 there is a guest editorial by the aforementioned Mr. Smyth, entitled: “Time to Stand Up and Support Pacific NorthWest LNG”.

As I see it, the import of Mr Smyth’s March 30th, page long editorial is that we need to specifically support Pacific NorthWest LNG’s Lelu Island Terminal project. No mention is made of the many other LNG proposals for the surrounding area of the North Coast. In fact, Smyth suggests that if we were to have the temerity to ask Pacific NorthWest LNG to build the terminal further away from the mouth of the Skeena this could well cause the company to terminate its relationship with BC and to look elsewhere for a source of natural gas.

It’s amazing how the prospect of very large sums of money can concentrate one’s focus and create a heightened sense of urgency. It appears to be what was behind our former Prime Minister, Stephen Harper’s successful attempt to rewrite Canada’s environmental laws to be more in synch with the wishes of the big oil companies. It also appears to be behind Steve Smyth’s insistence that we need to support this particular LNG project, in this particular location, right now, or else.

My question to Mr Smyth and to our community is: why Pacific Northwest LNG and why now? Why the unseemly haste and the willingness to risk healthy Skeena Salmon runs for the sake of so much money? Vast sums of money should never be our main priority. Too much money can corrupt and when it corrupts governments it leads to the corruption of the legal system and the destruction of society.

One thing that the newspaper did not mention last Wednesday, but was mentioned in the March 28th ABC documentary: “State of Fear”, was that Najib Razak, the CEO of Petronas the parent company of Pacific NorthWest LNG, was being questioned regarding the unexplained appearance of hundreds of millions of dollars in his personal bank account.

There is really no worries that Mr Razak will ever be charged with corruption because, Mr Razak is both CEO of Petronas and the Prime Minister of Malaysia. The Malaysian prosecutor who built the case against him was found entombed in a barrel of cement, so the case is not likely to be pursued in the courts. And, as the documentary “State of Fear” showed, journalists who investigate this case are harassed, jailed, and driven out of the country.

This is who we have running Pacific NorthWest LNG. We have someone who could teach Christopher Walken a thing or two about running a tight ship. My tiny little suggestion here is that we stand up for the Skeena Salmon Runs, not barrels of cash. In the end, it makes us a better country.

Well I do support a reasonable LNG project , from an upstanding company , there is no doubt in my mind that Petronas Is a company riff with coruption and it’s home country,s government Is riff with coruption.A lot of those countries companies get ahead because of that reason !!

Here is a link to last weeks (Monday March 28 2016) Australian Broadcasting documentary about the man controlling Petronas–State of Fear: Murder and Money in Malaysia. 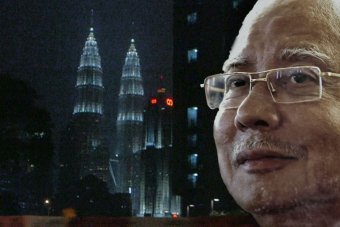