The Pope and Gordon Campbell are on stage in front of a huge crowd.

The Pope leans towards Mr. Campbell and said, “Do you know that with one little movement of my hand I can make every person in this crowd go wild with joy? This joy will not be a momentary display, like those believers in your 2010 Olympics, but go deep into their hearts and they’ll forever speak of this day and rejoice!”

Campbell replied, “I seriously doubt that. With one little wave of your hand? Show me”

So the Pope backhanded the bastard.

Now I like that one, good joke. Now I pass a good laugh.

Now I like that one, good joke. Now I pass a good laugh.

Oh I wish someone would do it… 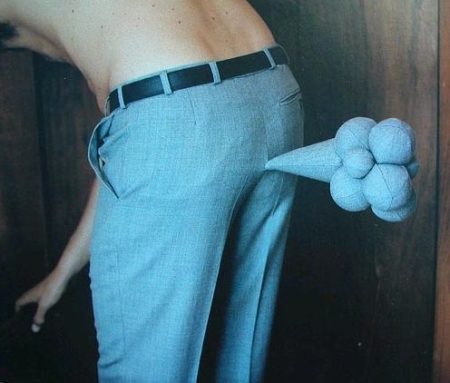 Farted so hard he blew the hemis right off his arse!

That’s almost as bad as going to an ethnic dinner and farting so much you get windburn on your cheeks!

Yet another blonde joke.

A blind man and his guide dog enter a bar and find their way to a barstool.

After ordering a drink, and sitting there for a while, the blind guy yells to the bartender, “Hey, you wanna hear a blonde joke?”

In a husky, deep voice, the woman next to him says, "Before you tell that joke, you should know something, the bartender is blonde, the bouncer is blonde, and I’m a 6’ tall, 200 lb. blonde with a black belt in karate.

What’s more, the woman sitting next to me is blonde and she’s a weight lifter. The lady to your right is a blonde, and she’s a wrestler. Think about it seriously, Mister. You still wanna tell that joke?"

The blind guy says, “Nah, not if I’m gonna have to explain it five times.”