The North Coast needs a boost in our economy and LNG is knocking at out front door offering us a great opportunity. LNG will help pay for Prince Ruperts new roads, new water treatment plant and to everything else that has been neglected for the past few years. It can be done in a somewhat environmentally friendly way. What if they funded a mega hatchery program to help with our already declining salmon stocks? I am sure that if this project goes through a program like this will be in the works.

Flora Bank and Agnew are a small fraction of inter tidal zones located near the mouth of the Skeena with this magical grass that supposedly doesn’t grow back once cut.

Atsea do you really know where Flora Bank is? Have you ever looked at a marine chart of the mouth of the Skeena? 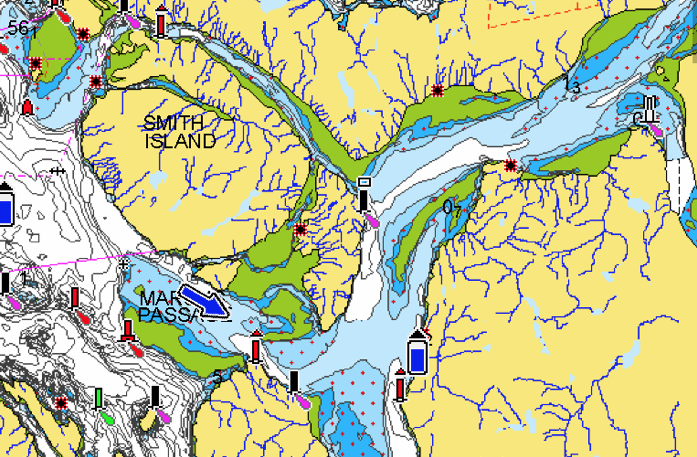 If it were true that Flora Bank eelgrass beds were only a small fraction of Skeena smolt estuary habitat I wouldn’t be worried either. I know the area well but when it comes to the eelgrass and its importance to smolts I rely on experts. I know two who have studied Skeena smolts and both think this project shouldn’t go ahead. I also read past studies. One said Flora Bank contained 60% of the eelgrass in the Skeena- I guess they were referring to the area where the smolts were adjusting. Another study called Flora Bank "critical salmon habitat"
I don’t see how a hatchery is going to make up for this risk.
Really if Trudeau is going to put in an oil tanker ban, I don’t see why the port doesn’t give up on Nexen and others and put Petronas on Ridley.

The Nexen project is a proposed LNG project.
Sorry for the news, but one or more of these projects are going to happen. I also highly doubt ur scientist friends studied the whole Skeena mouth looking for this magical grass at all depths. Who would pay for such a study? I can totally see ur scientist friends working on Flora and Agnew but everywhere else?

Nexen is the one behind the Aurora LNG project on Digby but I was referring to the negotiations/planning meetings Nexen, CN, Prince Rupert Port Authority and the government held about an oil-by-rail terminal on Ridley Island.
I just remembered another scientist I know Dr. Charmaine Carr-Harris who has been sampling smolts recently and found the highest abundance near Flora.

Don’t take it from me and my friends. Professor Mahboubi (who I saw in the paper just became Dr. Mahboubi -congratulations to him) was interested in important marine areas. See the big red blob over Flora Bank on this map and look at his explanation of it below the image.

I just got a sick feeling. This is the town where people argued Dr Faggetter shouldn’t be hired because some of her science about eelgrass was used by environmental groups who opposed PNW LNG. Have I just doomed Dr. Mahboubi? Dr. Carr-Harris? Dr. Gottesfeld? Dr. Moore? Dr. McLaren? …

first off I don’t trust the suzuki foundation, or any enviromental groups that say NO PERIOD STOP to any LNG plant in BC, their science will always point to a problem, and yes the city should not have hired Dr Faggetter through their slush fund, um I mean dummy corportaion, which they did in secret and never once asked the electorate if they should hire her. The reason the environmental groups are going all hog on Petronas is because it is the closest to get going, if it was on Ridley or Digby that was ready to get going I will bet you right now those same groups would find something to object about and try to force the government to say no to them as well.

Here is an example of these environmental groups saying no all the time to any industry new or old, Greenpeace which did do good work in it’s early years have now gone so environmental that they say no to anything that one of the founders have said they have gone to extreme, they don’t believe in working with industry to make it better they just want industry to shut down

I think the argument you used re the suzuki foundation is what is called a straw man argument: "A straw man is a common form of argument and is an informal fallacy based on giving the impression of refuting an opponent’s argument, while actually refuting an argument which was not advanced by that opponent."
I know of two “suzuki foundations” One is the famous David Suzuki Foundation and the other is the less well know but locally active T. Buck Suzuki Environmental Foundation named after a commercial fisherman who worked to save salmon habitat before anyone had heard of David, no relation, Suzuki.
Neither group to my knowledge is opposed to LNG per se (“NO PERIOD STOP” to any LNG). The T. Buck group is focused on salmon habitat.
I personally think it is reprehensible to seek to destroy the independence of science by blackballing scientists who don’t sing your tune.

really then which Suzuki foundation was it that said not sure of the exact quote but it was this, instead of LNG BC residents in the North should start bakeries for jobs, not an exact quote, it was said sometime in the spring if i’m right

and by his blogs he really isn’t into LNG 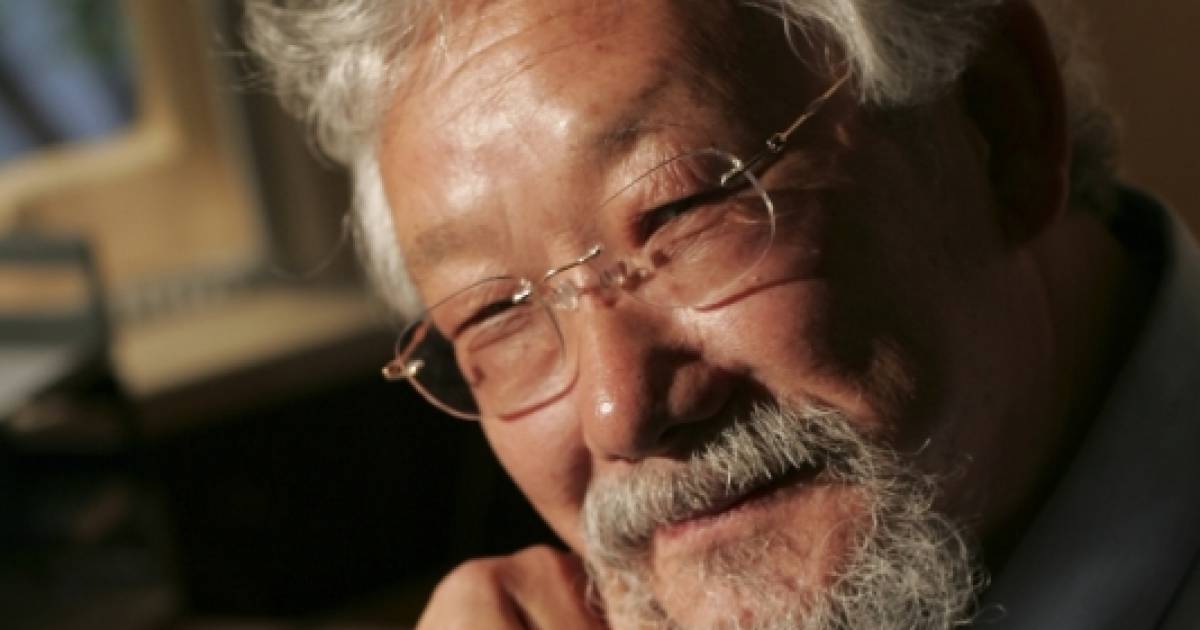 May 5, 2020 - Canada has no national energy plan, other than governmental desire to be a fossil-fuelled energy-export superpower.

So the arguments that have been presented in this thread relate to risk to salmon habitat. The last one I put up was a map prepared by an independent academic showing a big red blob over Flora and Agnew Bank representing many local experts opinion about that area’s importance related to biodiversity.
You can see in the map that Digby and Ridley island aren’t covered by the red blob.
Rather than answer to the issue that Petronas is in a bad spot (an issue the local T. Buck Suzuki Environmental Foundation has been educating about) and which this map highlights as being true. You bring up David Suzuki wanting bakeries.
That red blob wasn’t put there by anyone with anything to do with Suzuki 1 or 2. I think that red blob means PNW is in the wrong spot, in fact the worst spot and I doubt anyone would have said boo if it was on Ridley-- I certainly wouldn’t have. 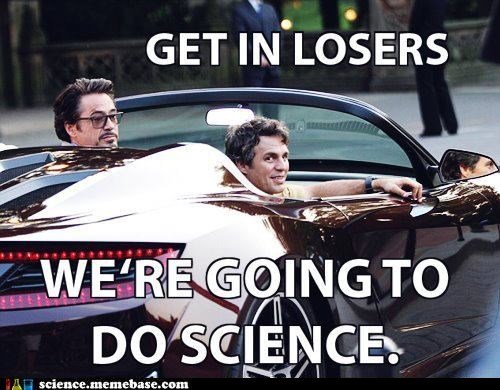 the reason they aren’t saying boo yet to Ridley Island or Digby is because, neither has started their public environmental review yet, they are putting all their guns right now on Petronas because Petronas is at the final stage if the CEA rules in their favour they will start right away, the contract to build has already been awarded to Betchel Group, and the fact all these groups are doing a full court media relations blitz means they are doing a last hail mary in my opinion is because they do believe it will be approved

So if you look at the specifics, break it right down to what’s happening on the ground, I think PETRONAS, that project is in some significant trouble. And it’s always boiled to the same thing: location. I think they were strongly directed by Harper and Clark to pick that site. We changed federal law to enable that to go ahead, and I think they were sold a raw deal,

Jabber 63 I do not understand your logic.

what i’m saying is I don’t trust anyone to tell me what is good or bad, whether it be environmental groups or business’s, I do my own research, do I think the salmon will be harmed? don’t think so, look at the fraser river with all the industries there, Do I think fracking is bad in BC? no I Don’t they have been doing it for over 30 years now and the Haisla themselves have studied fracking and found no problem with it. our area needs industry and the dwindling salmon industry will not help this area, high paying jobs that Petronas will bring will help this area, no on has shown any evidence that the salmon will be harmed, sure you have studies, but like the examples I stated show fish habitat gets more populus around pilings, we can all play hypothetical games all day long, but when it comes down to it I prefer the area to have jobs then what if’s.

oh as for Cullen wasn’t he predicting the NDP would be the new federal government? what happened there. Cullen wouldn’t know one thing about business even if you hit him in the head with Warren BUffet, look at why Alaska Ferry didn’t go ahead with there 20 million upgrade to the terminal, Cullen played chicken with them and our area lost, so as far as Cullen is concerned he should just retire and collect his pension and fade away into the sunset and let someone else serve this area that actually helps us instead of hurts us, don’t care which party that person is from

I agree…Cullen killed the Alaska Ferry deal. That debacle is all on him.

I also agree. Rupert isn’t an Indian Reservation or a Pentioner community that doesn’t need an economy to survive. We would be just another Port Essington, Ocean Falls, or a Kitsault.

7 posts were split to a new topic: Petronas LNG in Prince Rupert, Happening or Not?