Just curious how many people agree with the new Smart Meter? and to give a link for a rejection letter/ e-mail addy’s to send it to.

Refuse to allow them access and they’ll refuse to provide you with service. “The old meters are no longer capable”, “we’re upgrading our network”, “we’ve laid off all our meter readers” something like that.

It’s like trying to tell the satellite company you want to keep the UFO sized dish in your yard and refuse to allow them to put a smaller dish on your house. Eventually the UFO dish won’t work.

That’s what I am curious about: whether or not they’ll refuse you service if you decline the Smart Meter.

I don’t disagree with the ideology that the meter should “report back” your overall consumption, connection status and “meter health” but all the other information gathering it apparently does, coupled with the wireless frequencies; I don’t like it.

Radio frequency from smart meters is much lower than many common everyday items that are considered safe. For example, many of us sleep with our BlackBerry, iPhone or SmartPhone beside our beds or the AM/FM radio or cordless phone on the night table.

That’s right. Many people do. And I wonder how they sleep at night? I sure don’t. For exactly that reason. I sit no more than 10 FT from the meter on the outside of my home for office work. All the wireless-signal-paranoia aside, it will be interesting to see the difference in consumption charges before and after the installation.

The last time I heard a company implementing new-technology it was to generate revenue. I can’t imagine this is much different with the exception that there may be some information gathering that will aid provincial police in gaining a search warrant for your premises - the latter being a rumor I heard. BC Hydro says it is government mandated. Their “Meter Specialist Team” is unavailable for contact for the last two days and the CSR’s on the phone will not provide an answer of whether they will disconnect you from service if you decline the meter.

It is interesting to hear the government / overwatch and hostility paranoia when someone sugggests refusing something that a person of the public disagrees with. We should be able to say no, without living in fear of imtimidation from a necessary service provider and without fear of losing the service. BC Hydro is BC Hydro i.e.: British Columbia Hydro.

Sadly, the opposition to smart meters is largely based on bad science (ie: fear of radio), rather than the purpose of smart meters. To make more money.

But hey, if they start charging more for electricity during the day, and make it cheaper at night, is that a good or bad thing? 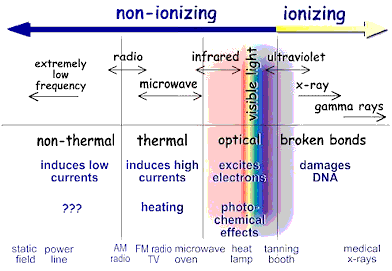 So BC hydro is going to invest One B…with a B…billion dollars for their health? I think not!This is a way of tracking your times of higher usage and billing accordingly,just read what they have said…no rate changes for the time being…as it relates to the new meters.WE have told them to get stuffed and use the billion to lower rates.Big brother will be watching.

Absolutely right! Just another way to charge you more. Pay no attention to the man behind the curtain.

I remember when banks would pay YOU to keep your money in their banks.

Then along came digital banking to “serve you better and will not affect service behind the counter.”

“And by-the-way, we’re going to charge you more for this service which you were originally told would reduce costs to our customers.”

That’ll be a $2 service charge please.

When we talk about having our information gathered through the smart meter…think about all those points cards one has. Everytime you use it, it tracks your spending habits, what you buy on sale, and what sale price point enticed you to buy that item…etc. These cards have the ability to profile you more than the smart meters ever will. I am more concerned that all those cards and not knowing what their responsibility is to keep my busness private than the smart meter knowing when I turn on my space heater for heat.

My points card is under a fake name and is used by at least 4 other people the data won’t do them much good. Anyway points cards are opt in smart meters are not. There is a huge difference between an optional privacy invasive program and a government mandated invasion of privacy.

I guess then you must pay by cash or don’t have a credit or ATM card or a bank account for that matter…All forms of institutional big brother watching and profiling, government aside.

The bank knows where I use my debit card and I’m fine with that because the convenience is worth the privacy invasion. However if I have cash on me I will use that instead. What a voluntary submission of personal information has to do with a government mandated program I don’t know. Maybe you can tell me what the two have to do with eachother?

Well, what about when you have your photo taken for a drivers licence. This is voluntary is it not, wanting a drivers licence or B.C ID, and is your image not then available for unsolicated invasion of privacy when used for facial recognization, as in the case of the Stanley cup riots, is that then not a misuse of my image, I didn’t sign up for that. My point is that when we choose to live within community and access certain services, such as hydro power or natual gas etc. we give up certain rights (s**** as that maybe), but to make a blanketed statement about one particular item such as the smart meters or point cards etc., I think we then loose track of the fact that we are monitored in more ways than one, government mandated or not and we need to look at the bigger picture and choose the manner in which we want to monitored,and I agree with you that certain means of monitoring we will have no say or control over however, through informed decision making and and coming to understand ways to mitigate the “watching” we can off set some of big brother stuff.

FFS this isn’t about health or privacy. It’s about Korporate Ka$h grab.
1,000? 1,500? meter readers and related workers GONE. And your Hydro doesn’t go down a freaking penny, it goes UP.
Then the Network Center in Vancouver dispatches workers centralized in the big cities so service restoration takes longer not shorter.
What happens to all those small town linesman? Like in Vnaderhoof and yes, Rupert? GONE.
now what 2,000 - 3,000 jobs gone, service worse and prices GO UP?
And that NOC in Vancouver. Gee the next step is to farm it our to BanglaDesh like phone service.
MOST OF THE GOOD JOBS GONE - HIGHER PRICES and this is good for BC? HOW? Tell me!
So our publicly owned Hydro can mimic the worst of Capitali$t policy.

Stop whining about the tinfoil health risk an OCCUPY WALL STREET over this one. This isn’t Exxon where you must tongue up the oil spill and mumble appreciation for the privilege of using their product like good Yankees. YOU ARE THE SHAREHOLDERS. Ram it up Christy Clark’s ass! This is another El Gordo policy she can do something about.

Boy, replace “BC Hydro” with “Citywest” and your post starts to look a little familiar.

Here’s where I post “Usage is usage, the cost of supply doesn’t have any relation to the cost of the product unless the seller says so” or “BC Hydro thinks they should be able to charge what they want for their product. I don’t see a problem with that. They have to pay for upgrades and infrastructure out of cash flow just like other companies”

or “Want a better deal? Pool your funds” and build your own hydro company.

In this case we’re talking about a regulated industry that’s always charged by usage. Hikes are already in the pipe, but the savings are on the backs of workers. The absolute bullshit over the cost of power being stolen by grow ops is being used to mask layoffs, the equipment being installed is foreign made and has half the life of current Canadian made meters making the process even worse overall.
No benefit to the consumer. Negative benefit to workers and the potential for ‘misuse’ is only one election away.
But in both cases the companies exist because private companies wouldn’t provide the service. Have you gone Conservative and are saying they should be privatized now the dirty work has been paid for by the public? Give up any chance to influence direction?

I’m not gone Conservative. I agree with the NDP and their anti-UBB stand. I think it’s Nathan Cullen’s support for corporations over consumers that’s a bit more Conservative, wouldn’t you think? He’s the only NDP MP to break that election promise that I know of.

Meanwhile, I agree with you on the BC Hydro issue. If it’s a monopoly, then it should be regulated and consumer interests should be defended. Same with Citywest. Who is on the side of the consumer in the Citywest example? Nathan Cullen? Nope. Chuck Testa.

[quote=“MiG”]Sadly, the opposition to smart meters is largely based on bad science (ie: fear of radio), rather than the purpose of smart meters. To make more money.

But hey, if they start charging more for electricity during the day, and make it cheaper at night, is that a good or bad thing?

What a delicious irony… as one who is so concerned with internet billing you advocate for metered electicity. Now I know the argument, you don’t believe that using more Internet costs more money, but does electricity really cost more money if I use more? Why are they different?

Check out the video…

What a delicious irony… as one who is so concerned with internet billing you advocate for metered electicity.

An even more delicious irony is you quoting something and not really comprehending it. Where did you see me advocating for metered electricity?

Now I know the argument, you don’t believe that using more Internet costs more money, but does electricity really cost more money if I use more? Why are they different?

Yes, there is a finite amount of electricity-producing resources (coal, natural gas, water in a reservoir). If you use more electricity, you are actually costing the company more.

If you use 100 gigs or if you use 1 gig per month of bandwidth, the cost to Citywest is the same. Even Citywest’s has said this is the case. It’s not something “I believe.” It’s a fact. I don’t think anyone is disputing that, are they?

Now, your assumption aside (and the delicious irony you mentioned), I didn’t advocate for smart meters. I posted a diagram showing that radio isn’t ionizing radiation. It doesn’t cause cancer or do any of those other things that opponents to the smart meters insist.

Oh, Oh, smack down time on the mainframe!

I see I read your post wrong. And have mightily offended thee. Please do not smite me.

K dude get serious for a minute. If every customer used 100 gigs as you put it, you don’t think the company would have to buy more to meet demand? take an economics course and make sure to pay attention when they talk about resource allocation, scarcity, and supply and demand.

And the late and great Jack Layton as you quote was commenting on ubb that had nothing to do with end user pricing. You are talking about retail customers, he was talking about something else. Not the same thing. So lay off Cullen. God all he said was he agreed with them. Are all opinions not welcome? Do we not value diversity around here?