The latest Skeptoid podcast looks into “Sky Trumpets” and mentions the Terrace video from last year. 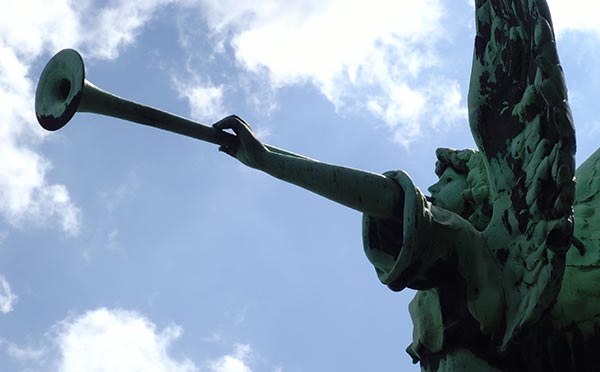 From all over the world come reports of strange trumpet-like blasts from the sky.

Let’s take one example. Here is the sound from a Sky Trumpet video recorded in May 2015 in Terrace, British Columbia:

It sounds perfectly like the trumpet of Gabriel announcing the return of Christ (and any number of completely serious YouTube commenters said as much). But then, after a number of Terrace residents had reported the sound, a City of Terrace spokesperson, Alisa Thompson, announced that the sound had simply been “a city worker grinding down the blade on a grader” at the City of Terrace Sportsplex skate park. Surprisingly, a great big steel blade being ground can make a reverberating metallic sound. And if we recall back to the sample Sky Trumpet sounds at the beginning of this episode, it just might be that similar activities were responsible for other recordings.