I am reading a book called The Power of Habit: Why We Do What We Do in Life and Business by Charles Duhigg

I am about half way through and I get to a chapter related to this thread. The marketing department at Target stores went to their statisticians and asked if they could predict which of their shoppers were pregnant figuring if you could tap into that market early enough they could have a set of consumers for the next 10-20 years. So the stats guys analyzed all the data of customers using their id code or whatever (similar to safeway cards etc) and came up with a way to determine if a woman were pregnant and then could send them coupons for maternity wear, diapers, lotions, cribs etc.

They were so good at it that a father went to a Target store complaining about the coupons that were sent to his teenage daughter only to learn a short time later that she was in fact pregnant.

Here is a link to a Forbes article the summarizes that chapter.

(The next chapter is on the Montgomery Bus Strike and how movements are created. Might be interesting as a comparison to the current Idle No More.)

Ah ok, same as Adblock Plus, I guess. Thanks Jase.

No problem, i totally understand the ad’s helping pay, but those ad’s track information and click and are annoying, so i block them because i choose to.

If i got to a site and there are popups ad’s everywhere etc etc, i immediately leave, doesn’t matter if i need to be there to buy something or not…

good example why i totally deleted my facebook, ITS A PITA and its all ad’s and bull crap now…

Here is my Untangle box being pounded on tonight again, more china hacks. 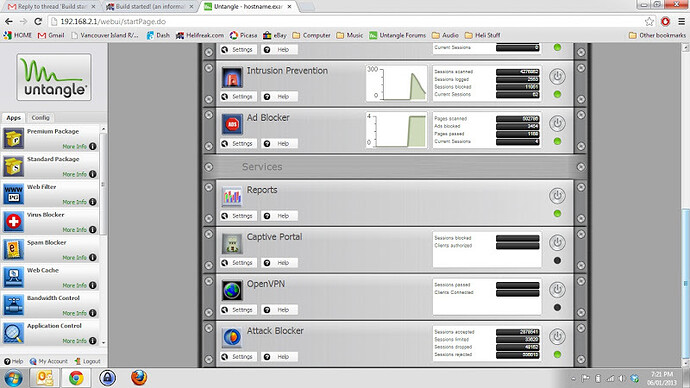