Enough of gas rip off in rupert

ya i finally had enough, picture this it is feb 23 morning time, chevrons price is $1.23 a ltr now it is late afternoon and it jumped to $1.28 a ltr in the middle of the day, i guess there was a gas shortage. Okay everybody knows middle east conflict harper selling our gas rights and the u.s.a and canada shutting down refineries to boost already high price’s, so i thought this is the beginning of the hike to stupid prices once again. But by feb 24 around 4 pm they found a surplus of gas. so to sum it up 1.28 on the 24 morning and early afternoon and i guess no one follows chevrons lead (esso, husky and petro canada) and he lowers his price back down. And don’t tell me he has his orders unless there was a head guy/gal in town from chevron and monitoring the prices its a rupertite ripping off fellow rupertites.

I hate to tell you this but some stations in Vancouver are now charging $141.9 and it’s been on all the news that gas is going up.
There are many rip offs in Rupert but the local Chevron is just taking oders from the company… Some of the news casts have said we could hit over $1.50 before summer… $1.28.9 is still less than the lower mainland… Likely going up again soon so fill up! Be assured if it went back down, again it was the company odering it back down… Last weekend Victoria a friend filled up for 113.9 , but this weekend it’s up…Don’t forget the Chevron manager buys gas too…

Anyone know where we can get financing for gas for the week? snickers

$1.22.9 at petro can on Hays Cove this morning…practically a steal these days

I’m not surprised. Everytime I venture out to BC it’s always $1.20-$1.40 a litre for a regular grade. Funny thing is 60-70% of Rupert drivers still drive their trucks and SUVs regardless.

A lot of people in Rupert drive trucks and suv’s for work and play…pulling campers and atv’s and ski-doo’s and boats. I can’t see a Ford Escort pulling a trailer. We have been pretty lucky lately with the price of gas, with being one of the lowest places in BC, usually it’s the other way around, especially when we don’t get the discount at the pump like a lot of places. Prices are going up and there’s nothing we can do about it.

See that is just it, just be thankful its 1.23 that is the problem we just take it and by the way Really vancouver ordered him down, i don’t think so i know for a fact,when everyone was a 1.27 a ways back one station went to 1.25, her call. And alittle more history there was a time price’s could not go up until midnight after the new fuel at the higher or lower price was delivered see there’s people on my side that know when there getting screwed and then theres the other half that just take it and don’t ask question or do the math, it takes awhile for the new fuel to get here so there is no need to change the price 3 times aday.

My step father ran a service station for years and I can tell you the price does whatever head office tells you to do and price changes can occur any time of day… I see 123.9 and 125.9 around town today… It is funny how petro canada is staying at 122.9 the longest, they used to seem to go up first, but again it’s the head office directing it, the local station operator has as much control over the price as the general public

That isn’t how the whole thing works. The fuel in the tanks underground is owned by the gas company, not the gas station. They have to adjust the price at the direction of the company. It has nothing to do with new fuel arriving or anything like that.

A lot of people in Rupert drive trucks and suv’s for work and play…pulling campers and atv’s and ski-doo’s and boats. I can’t see a Ford Escort pulling a trailer. We have been pretty lucky lately with the price of gas, with being one of the lowest places in BC, usually it’s the other way around, especially when we don’t get the discount at the pump like a lot of places. Prices are going up and there’s nothing we can do about it.

Memories of my friends baling Mackenzie in the 82 recession. Tossed the keys to the house on the bank manager’s desk and drove with three kids and one in the oven to Langley in an Escort wagon towing a U-haul. Roof-racks and a carrier, mattresses roped on top of the carrier box…
I can fit an ATV in the box of my mini truck. Not that I need to, it pretty much IS one.

This has been discussed before:

[quote=“MiG”]Most gasoline retailers have zero control over their prices.

Their either sell on consignment or sell on a contract that bases their retail prices on a stadard rack price set by the refinery.

Sometimes you’ll notice that all the gas stations in one region (ie: in Rupert) have the exact same price. You’ll also notice that they all seem to change their prices at the same time. You can safely conclude that they all buy their gas from, or sell on consignment for, the same wholesaler or refinery.

ie: there’s no competition at the wholesale and refinery level. It has nothing to do with retail – they don’t get to set their prices.

Now some enterprising retailers will “discount” gas – ie: Shell in Terrace will give you back 3.5cents per litre. So ask yourself why they don’t just lower their prices by 3.5cents? They don’t get to set their own prices – it’s set by the refinery or wholesaler.

There’s no economic reason for price to be more expensive in Rupert than Terrace, other than it is, and since there’s no competition, what are you going to do about it?

Only when you get competition at the wholesale and refinery level can you have lower prices. That’s what happened in Ontario a little while back – it was actually cheaper to import gas from the UK than it was to buy it from the refinery down the road. The result was that retailers could buy from more than one wholesaler, and there was a price war.

So when you see places in BC that have different prices at different stations, it’s safe to conclude that it’s a place that isn’t “controlled” by just one wholesaler or refinery.

Bottom line – don’t blame the guy who owns the station.[/quote]

Anyway, be happy Rupert is not Fort Nelson. They pay 20 cents/L more than the rest of BC outside Greater Vancouver.

give me the date you got that,hings have changed i remember when it was like that, not any more body. God bless and good night welcome to communist canada. 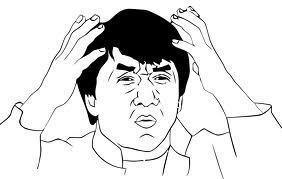 The increase is a result of stock traders worried about Iran. A group of people I have no kind words for.

No back down to 1.25 no one else followed

Oh in the middle of the day too.