I know this subject has been done to death but, My download speeds have been very bad lately, Like 5-18kb a sec. I have the best cable option Citywest has.
Have anyone else in HTMF have had any problems? I live around the 4th East area.
I am going in the morning to talk to someone about the really slow speeds and to find out what they will do as I’m not even close to the advertised speeds.

Good luck with that, I called about my terrible speeds on Friday. I used to be able to download at 600-700 on from my newhosting now I’m down to 50-80(they throttling those ports?). They say they’re in the midst of doing upgrade and should be completed by the end of the month(though they told me this exact same excuse two months ago). I guess I’ll just wait to see what happens by the end of the month. Until then they have credited me a months service. I get the impression they really don’t give a shit…it’s unfortunate that we don’t have other options.

Here’s my speedtest from this morning.

Makes me want to vomit.

It’s slow for me this morning also… 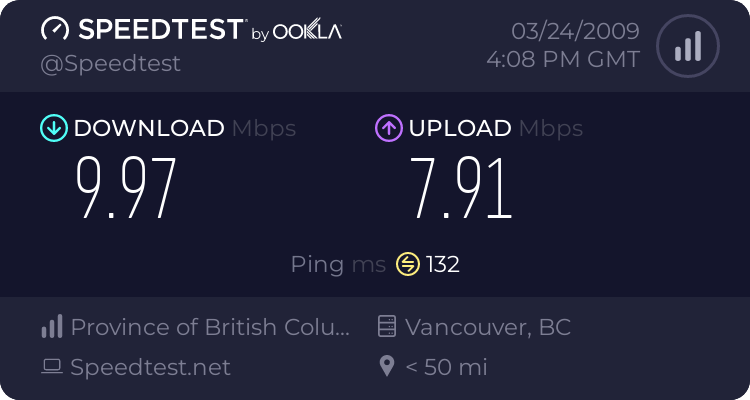 Oh, and wait until I get to my other place

(where I have Fiber Optic to play with

Something is going on with the connection between here and the outside world. I’m getting my usual connection to CityWest. To Vancouver I’m getting this:

CHSS has some nice internetz =O 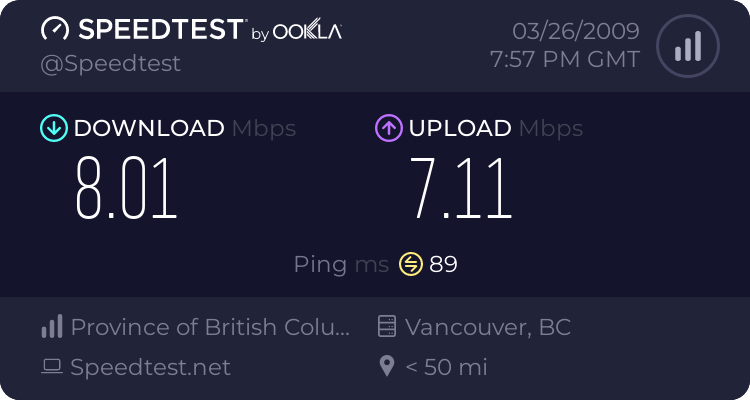